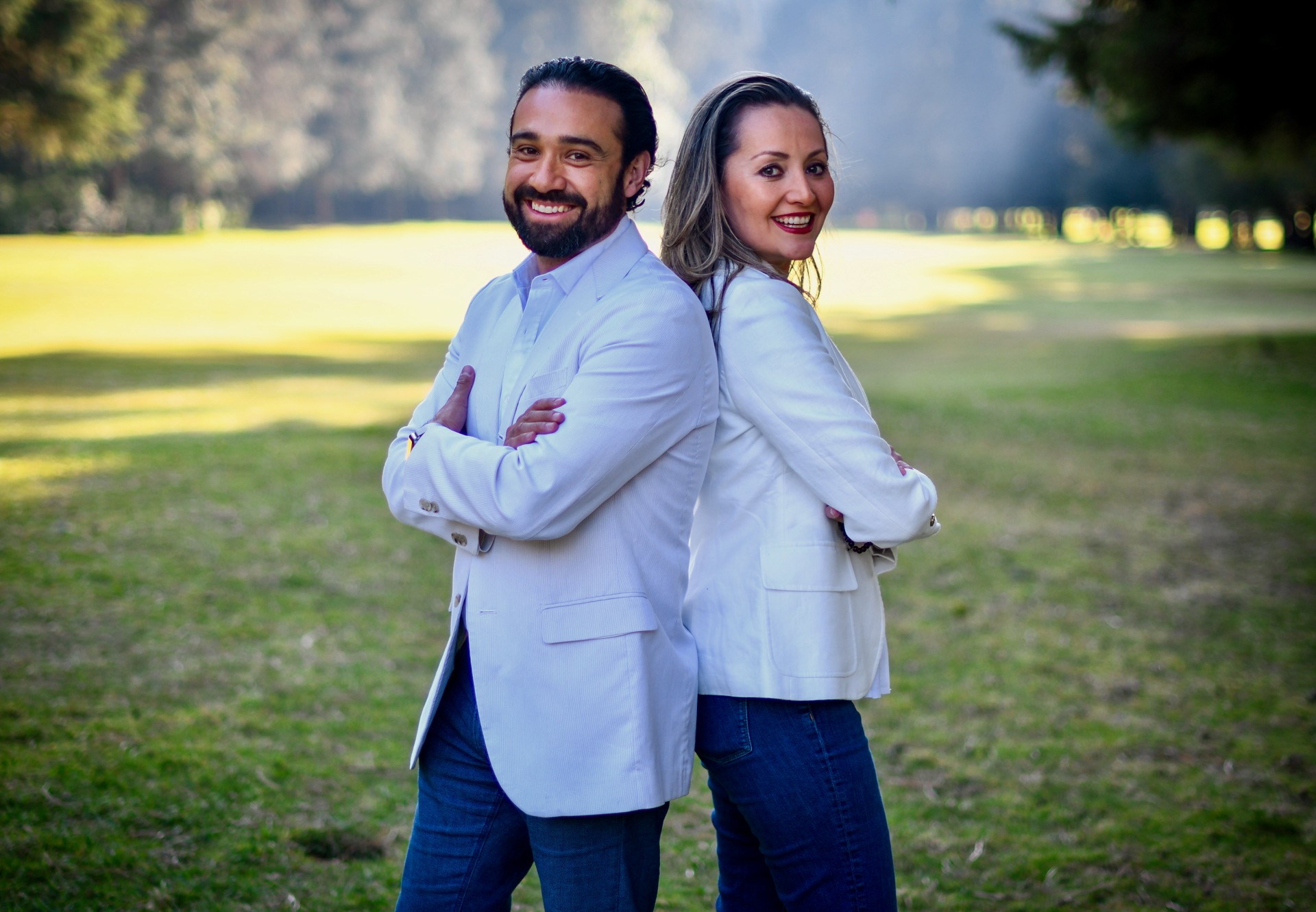 Get to Know Noemi & Jorge

Noemi is a Senior Business Leader and Lawyer with 16 years of experience supporting Human Resource departments on a national and global level. She works to implement strategies, deploy policies and procedures, prevent and solve labor contingencies, and deliver reports to government agencies and departments.

Noemi is results-driven, passionate about people,  and eager to help companies achieve a true competitive advantage through organizational culture development. She specializes in the improvement and adoption of corporate culture, branding, and leadership.

She holds a Master’s in Human Resources and Labor Relations Management, and a Master’s in Positive Psychology, specializing in Economic and Corporate Law.

She was recently awarded a Latin America Social Leader Award and received an honorary doctorate by the Global School of Social Leaders at the United Nations office in Vienna.

Jorge Rosas Torres, Attorney-at-Law, is Co-Founder & CEO of Delivering Happiness México. He graduated with honors from La Escuela Libre de Derecho, with postgraduate studies in IPADE, CEIBS in China, Wharton, Harvard and Stanford in the US.

He became one of the youngest partners of the largest law firm in the world, Baker and Mckenzie. As a speaker, he has participated in more than 300 events in four continents, and in 2018 he participated in TEDx with his talk called, “Y tú, ¿en qué miedo descubriste que eres valiente?” which translates to “With which fear did you discover you are courageous?”

He became Chief Human Resources Officer at Cinepolis and was later appointed as HR Senior Director of Diversity, Inclusion, and Wellness of ESPN (The Walt Disney Company), based in New York City. Currently, he is the Co-founder & CEO of Delivering Happiness México.

Jorge received several distinctions in his career. IPADE wrote a business case called: “Jorge Rosas joins Cinepolis, his challenges related to Culture, Talent and Leadership”. He was awarded “The HR Executive of the Year” by Amedirh and the Brandon Hall Award for “The Best Leadership Development Practice” by Harvard Business Publishing, among others.

Currently, he is a faculty member of IPADE and Harvard Business Publishing.

We want to reinvent the work experience

Get to Know DH Mexico 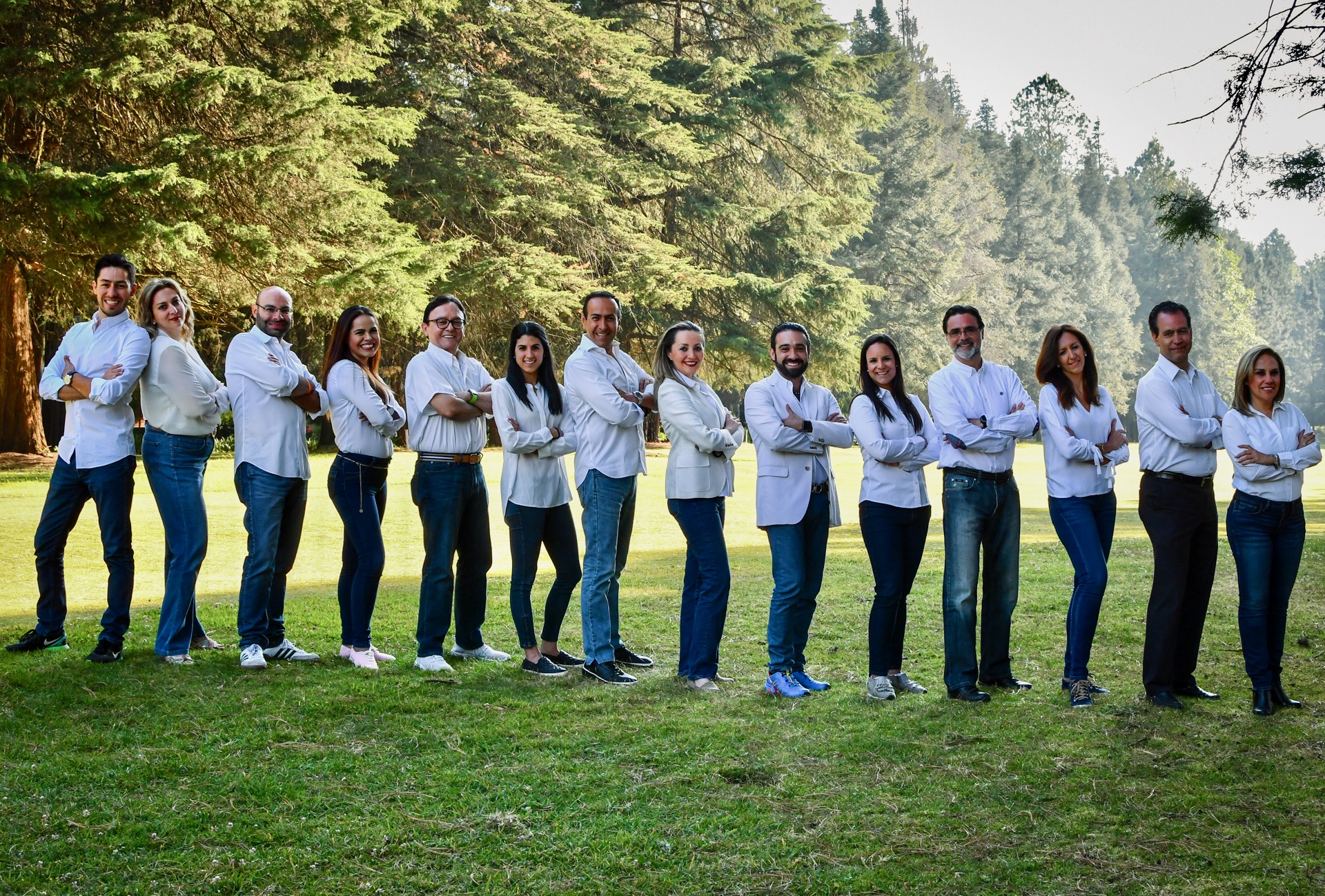 How did DH Mexico come to be?

Based on the experience of Noemi during the years in which she assisted DH Spain, and Jorge´s experience implementing the principles of Delivering Happiness in Cinepolis, they came together and decided to help other companies reach their higher purpose and live their values.

Why are you able to do what you do?

Noemi and Jorge, together, have more than 35 years of experience assisting multinational companies such as Citigroup, Cinepolis, the Walt Disney Company, Baker and Mckenzie, and more. They have also helped hundreds of clients such as Google, Facebook, British Airways, and Goodyear, evolve their cultures and put their people at the center to achieve outstanding results.

What are you hoping to accomplish?

We want to be the DH Hub for all of Latin America! ;]

GAIN TIPS AND INSIGHTS FOR A HAPPIER WORKPLACE