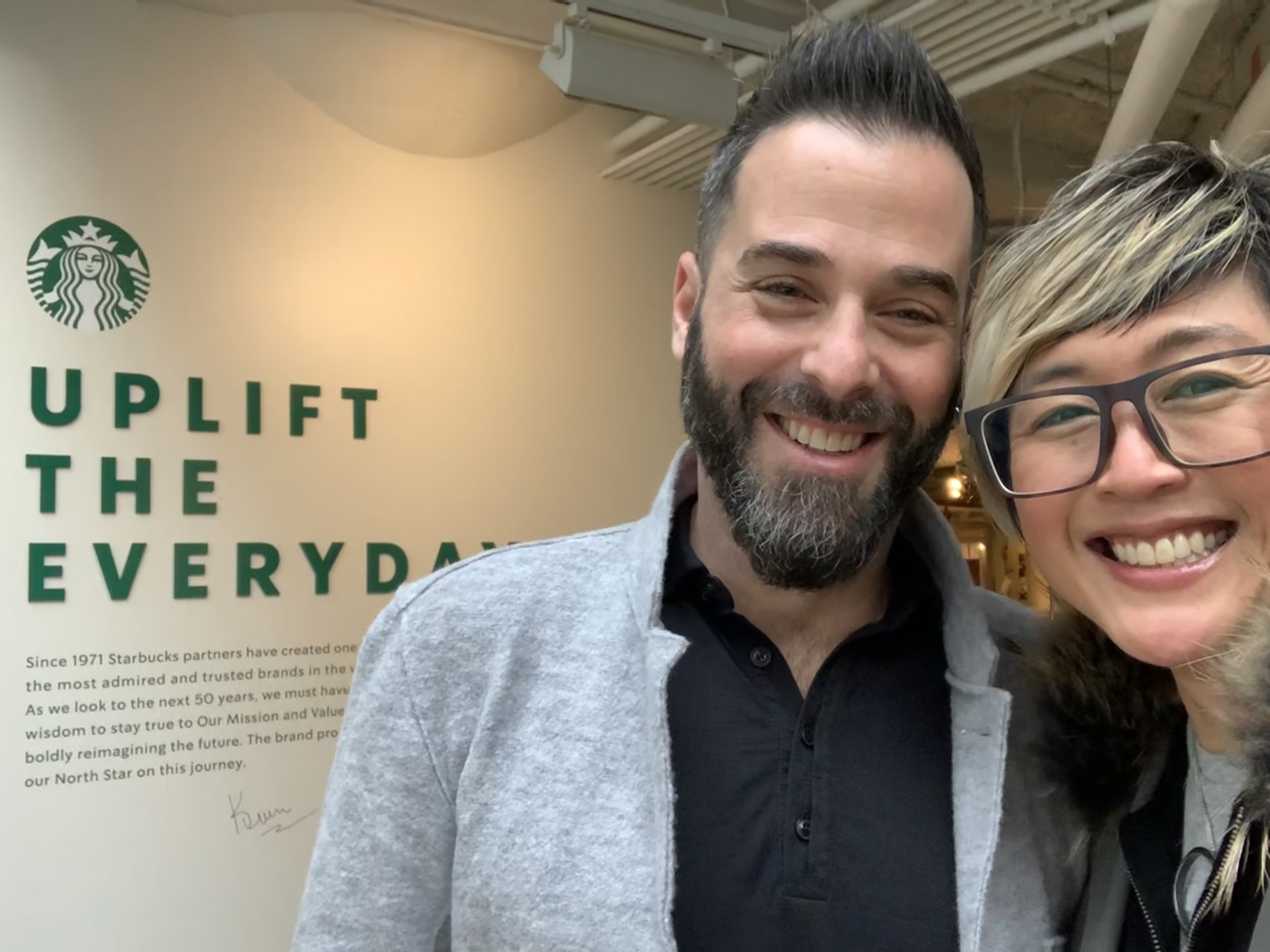 Since its inception in 1971, Starbucks has been a purpose-led company. They have always challenged the status quo. In 2019, Danny Brooks, VP of Culture, and Annie Richmond, Director of Innovation, reached out to Jenn Lim at DH to help design a culture that would support their aspirations and higher purpose as an industry leader.

Danny spends most of his time articulating who they are as a company, what they value, and who they serve. That could be customers, partners, shareholders, or farmers. He looks at things through the lens of the people and what they need.

Annie says Danny paints the vision and the bigger picture, and incorporates his expertise in human-centered design. Meanwhile, she takes that rich information and makes sure it's operationalized in the company through strategic processes. Together they bring the vision to life.

"Working with DH has really impacted our team and the way we work together, and the way we see ourselves as individual components but of a larger vision. Our team has really oriented around purpose and purposeful work. We make sure that everything we do, we find purpose in it, and that we are pushing the organization forward to be a leader in the industry," says Annie.

Their challenge before DH was that they needed help to design a culture that would support their aspirations as a company. Danny says their biggest takeaway from Jenn was that a brand consists of two sides of a coin. There is the external expression of that brand, and then there's the internal culture that supports that expression. 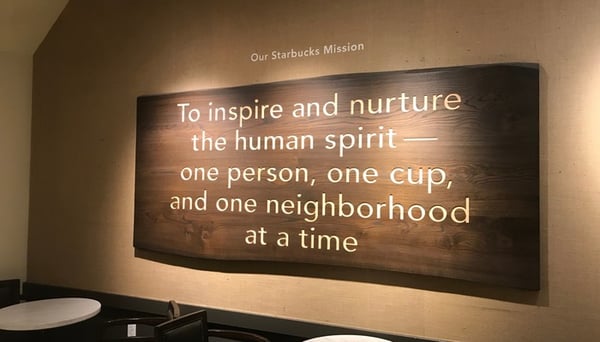 There was a ton of overlap and shared philosophies between Starbucks and DH, but DH gave the team scientific and technical methods to back their philosophies and make them applicable.

Danny says, "We chose Jenn and DH in the end because there's a system and a systematic approach to it. The idea of understanding progress on a quantitative level, and I think that DH approaches something that is very traditionally motivational and really turns it into a scalable systematized way to think about, so it's not this abstract thing anymore." The results have really impacted the team and the way they work together. They have oriented around purposeful work and making sure that it's a part of everything they do as individuals.

"We have the highest partner engagement we've had in the history of the company internally for non-retail partners."

Danny adds, "My reluctance is I believe that has been a real collaborative effort from many different organizations who have used many different inputs for us, and DH supported our small impact on that number. But I wouldn't want to sell short the fact that many organizations have addressed that same problem with different techniques and also found success. We're so big that it's uncomfortable for me to take credit for any statistic."

Starbucks as a team thrive in ambiguity and uncertainty. They have found their balance between systemizing their approach, and creating a space for whatever may come next. Their adaptive nature will lend itself to their success, and we look forward to seeing where they go as a culture in the coming years.

"DH is highly personal. They approach problems like a friend of yours would. Jenn's willingness to make things uncomfortable is not common from consultants. Consultants are usually looking to not get fired, and at best, get a change order and extend a project. Jenn is looking to provoke. There is a level of challenge inside of it that other consultants would shy away from."- Danny Brooks, VP of Culture 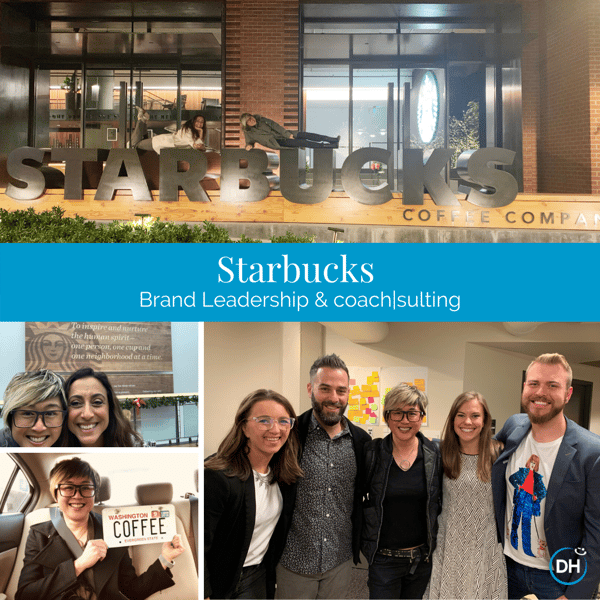 "What you do is provocative and audacious, and it's blended with love and patience and I think that's really unique." Danny Brooks, VP of Culture

DMG’s culture strategy had support from top leadership, but the challenge was to get buy-in from the rest of the organization. Through coach|sulting, DMG created their culture program, which gave employees a sense of ownership of the culture and resulted in a successful transformation. Named a 2019 Middle East Top Employer by the Top Employers Institute.

Canpa was facing challenges from declining profitability, a 30% employee turnover rate, and low company morale. After a DH Masterclass, they experienced record sales and the highest retention rate to date. Won 1st place in Turkey's 2018 Great Place to Work® Assessment.

The success of your business depends on your people.

OUR PEOPLE STRATEGIES EMPOWER YOUR TEAM TO CREATE THEIR BEST WORK EVERY DAY.